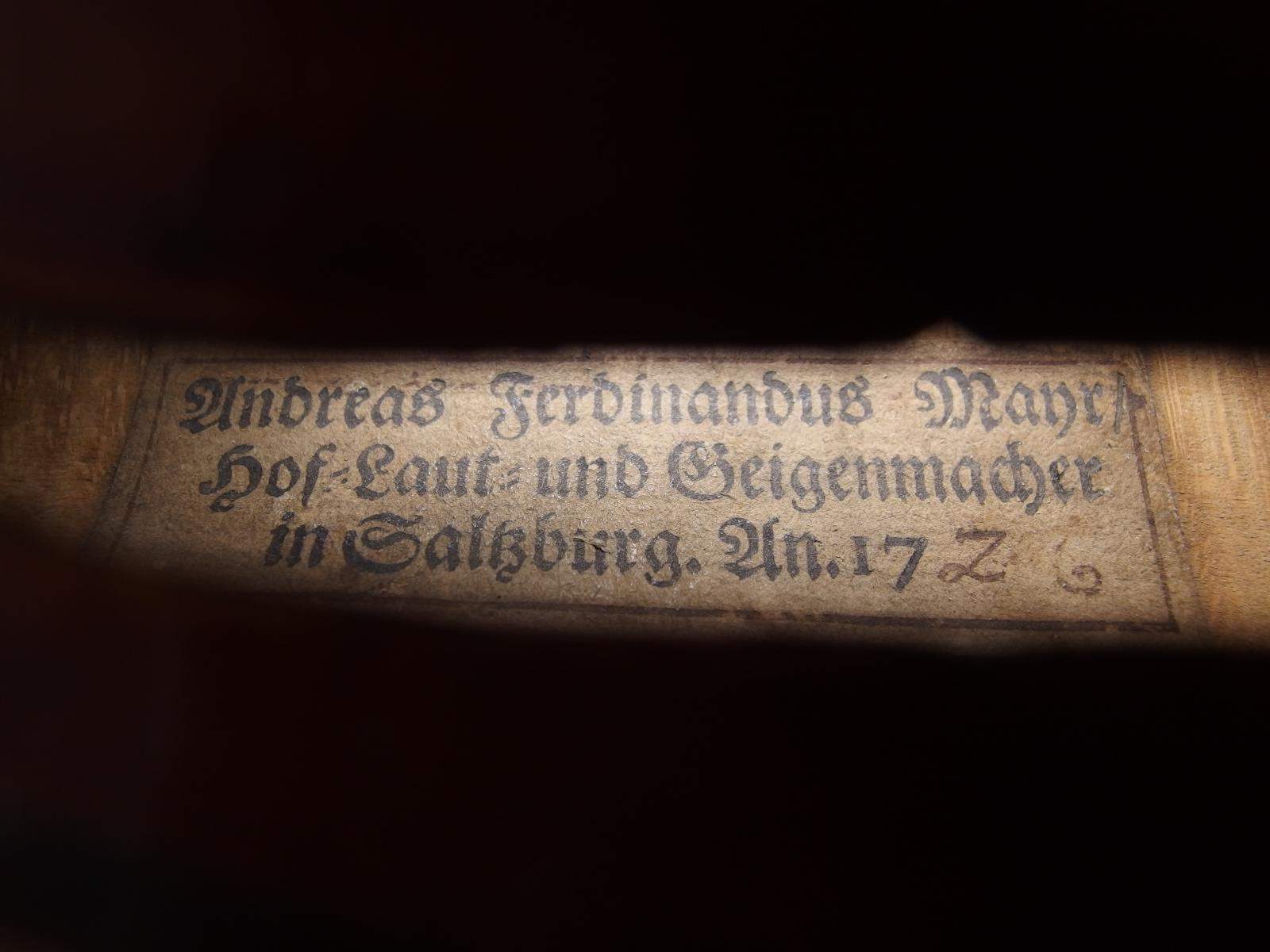 Carrie Krause just bought a new, beautiful violin, built in 1740 by Andreas Ferdinand Mayr, known as the maker of Mozart’s childhood violin.  It will make its first performance premiere in Bozeman during Bach Roads of Montana!

Since 2015, Carrie has been playing a 1720 Matthias Klotz from Mittenwald, which she plans to keep.  She intends to sell her first baroque instrument, a modern-made baroque violin by M. de Hoog from Dublin, 1992.

Here is what the new very old violin looks like: