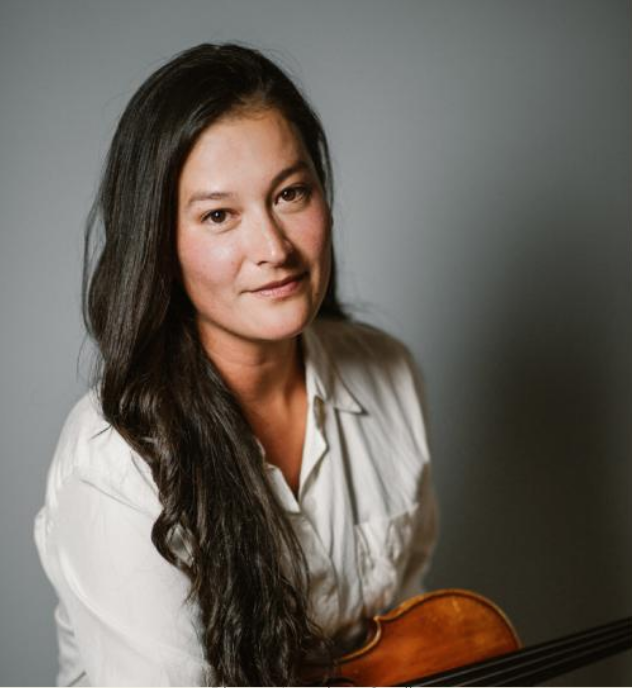 Born and raised in New York City, Pico Alt entered Julliard’s pre-college division when she was ten years old and continued on to the college division where she received her Bachelor of Music degree under the guidance of Sally Thomas and Ann Setzer. She gave her first international solo concerts in Italy and Romania at the age of 13, and has performed numerous solo and chamber concerts in and around the New York area in prestigious venues that include the Weill Recital Hall, the 92nd street Y, and Brooklyn’s Barge Music.

As a member of the Knights Chamber Orchestra, she has toured throughout the United States, Ireland, France, and Germany, including at the Elbphilarmonie in Hamburg during their inaugural year in 2017. With the group she has performed with soloists including Itzhak Perlman, Yo-Yo Ma, Gil Shaham, and the Mark Morris dance company, and performed at the Tanglewood, Ravinia, Ojai, and Caramoor music festivals.

Not limited to classical music, she can be heard on many major motion picture soundtracks, including the Coen Brothers’ True Grit, Wes Anderson’s Moonrise Kingdom, and the NBC sitcom 30 Rock. She has appeared on Saturday Night Live, The Late Show with David Letterman, and Late Nights with Conan O’Brien numerous times, alongside popular musical artists such as Bruno Mars, Teddy Thompson, Crisette Michelle, and the Last Shadow Puppets. Additionally, Pico has performed with Taylor Swift, Peter Gabriel, and Sting, among many others.