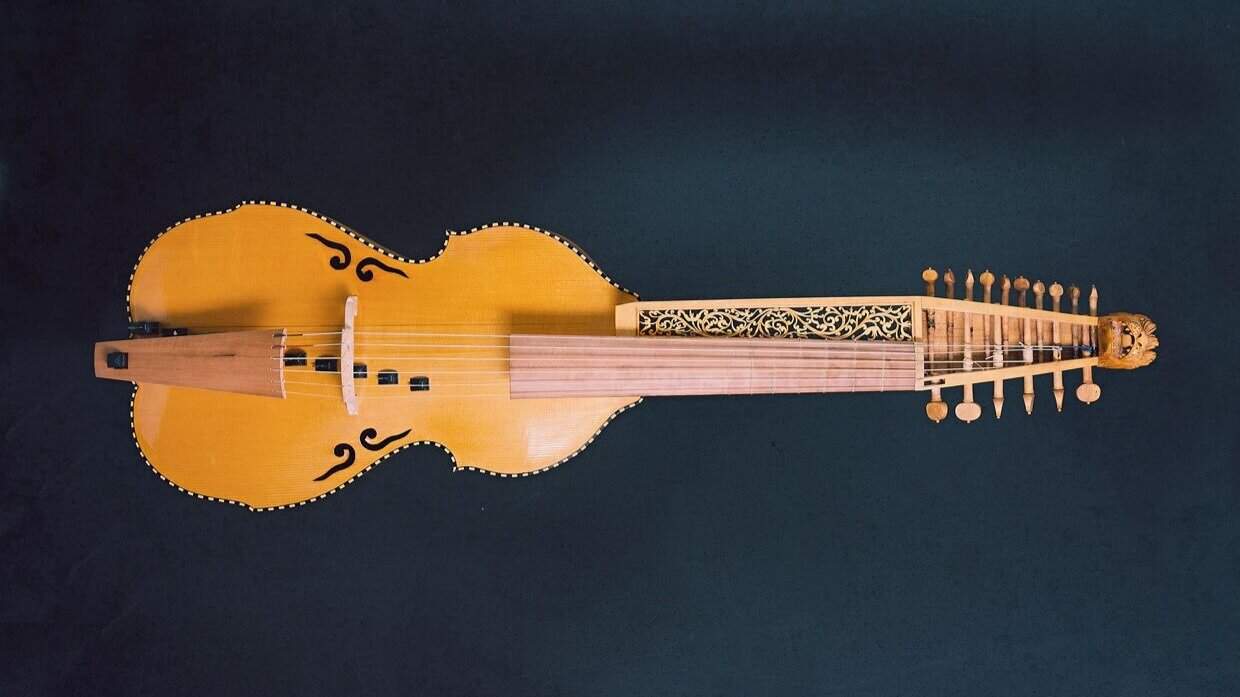 The Baryton and the Valencia Baryton Project

In April 2022, the Valencia Baryton Project will be visiting us from Spain for a series of concerts with BaMM, featuring an instrument called the baryton.  The baryton will be played by Matthew Baker, and in this article from BerkleeNow, he talks about bringing this forgotten instrument out of obscurity.  In the videos below, Baker plays this unusual instrument, which has six bowed strings and ten plucked strings, with Estevan de Almeida Reis, viola, and Alex Friedhoff, cello.  Their new recording was released on Naxos records, and you can read about it in the October 2021 issue of Ritmo.es, where they were featured on its cover.