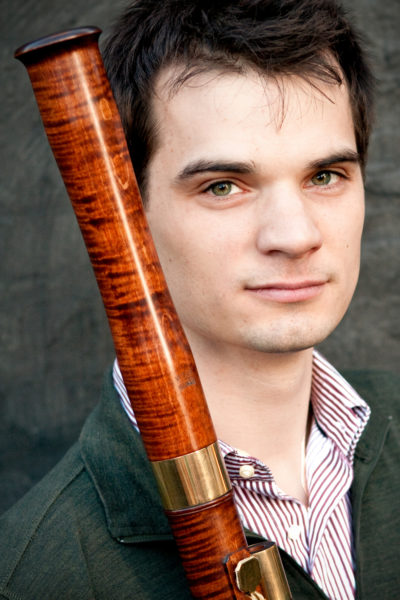 Nate Helgeson is in demand in the United States and abroad as a modern and historical bassoonist. He is a founding memberof period instrument ensembles on both coasts, including SacroProfano, Grand Harmonie, and New Vintage Baroque. Nate also appears regularly with many of North America’s premier period ensembles, such as the Tafelmusik Baroque Orchestra, Portland Baroque Orchestra, Mercury Baroque, and the Trinity Baroque Orchestra. On the modern instrument, he has performed throughout the country with a diverse range of ensembles, including the Oregon Bach Festival Orchestra, the Boston Philharmonic, and Callithumpian Consort. Nate is a graduate of the Historical Performance program at the Juilliard School, and holds degrees in modern bassoon performance from the University of Oregon and the New England Conservatory of Music.