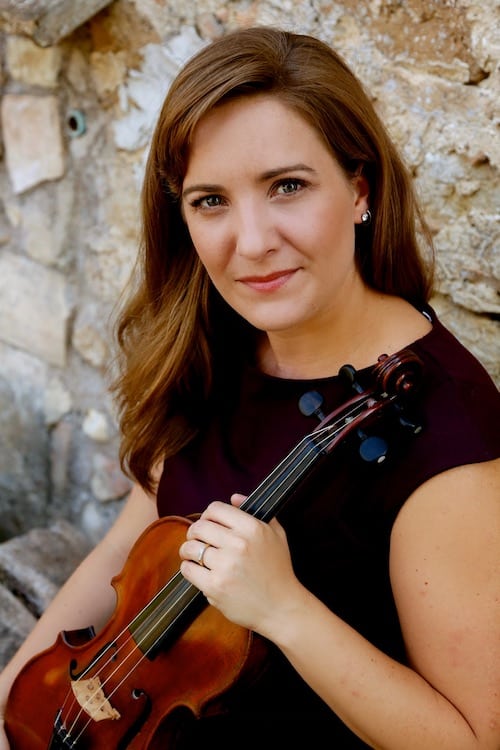 Praised for her “rococo gracefulness”, Lindsey Strand-Polyak is active throughout the West Coast as a baroque violinist and violist. Nationally, she performs with ensembles such as the American Bach Soloists,  Seattle Baroque Orchestra, Pacific MusicWorks and Bach Collegium San Diego, and Austin Baroque Orchestra; and has appeared at the Oregon Bach Festival, Twin Cities Early Music Festival, and the Fringe Series of both Boston and Berkeley Early Music Festivals. In her home base of Southern California, she can be heard with her own group, Ensemble Bizarria, as well as Musica Angelica, Con Gioia Early Music Ensemble, Tesserae, and Concordia Clarimontis. Dr. Strand-Polyak was the assistant director for the UCLA Early Music Ensemble from 2011-2015, and is artistic director of Los Angeles Baroque—Southern California’s first community Baroque orchestra. Lecture-recitals include McGill University, University of Texas at Austin, Northern State University of Louisiana, and national meetings of the American Musicological Society.

She has served on the faculty of the Colburn School and the Herb Alpert School of Music at UCLA, and was recently appointed adjunct professor of baroque violin and viola at Claremont Graduate University. She earned her PhD/MM in musicology and violin performance from UCLA, studying historical performance with Elisabeth LeGuin and modern violin with Guillaume Sutre and Movses Pogossian.