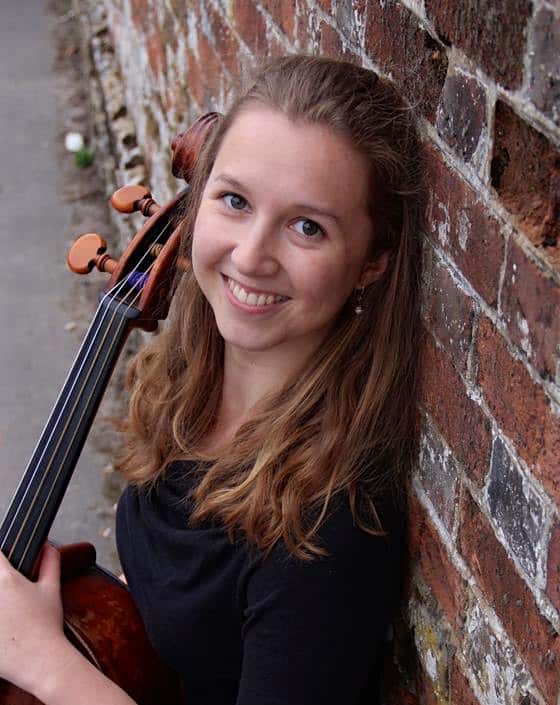 Cellist Annabeth Shirley, a native Oregonian, has performed across the US and Europe with ensembles including Portland Baroque Orchestra, Seattle Baroque Orchestra, Orchestra of the Age of Enlightenment, Nederlandse Bachvereniging, and Le Concert d’Apollon. She has performed in the Boston and Utrecht early music festivals, the Oregon Bach Festival Baroque Orchestra, and was a finalist in the Voices of Music Bach Competition in 2017. Annabeth holds a bachelors and masters degrees in Baroque Cello from the Royal Conservatory of the Hague, where she studied with Lucia Swarts, and bachelors degrees in Cello Performance and Biology from the University of Michigan, where she studied with Anthony Elliott and Enid Sutherland.  She plays a cello of unknown, most likely French origin from approximately 1830.