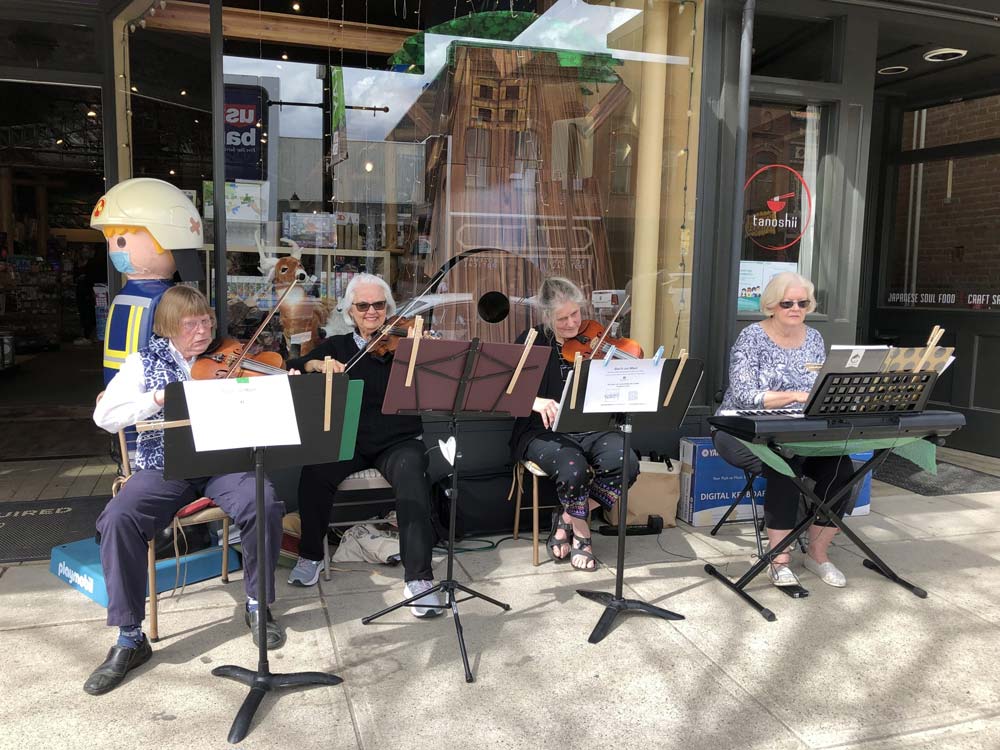 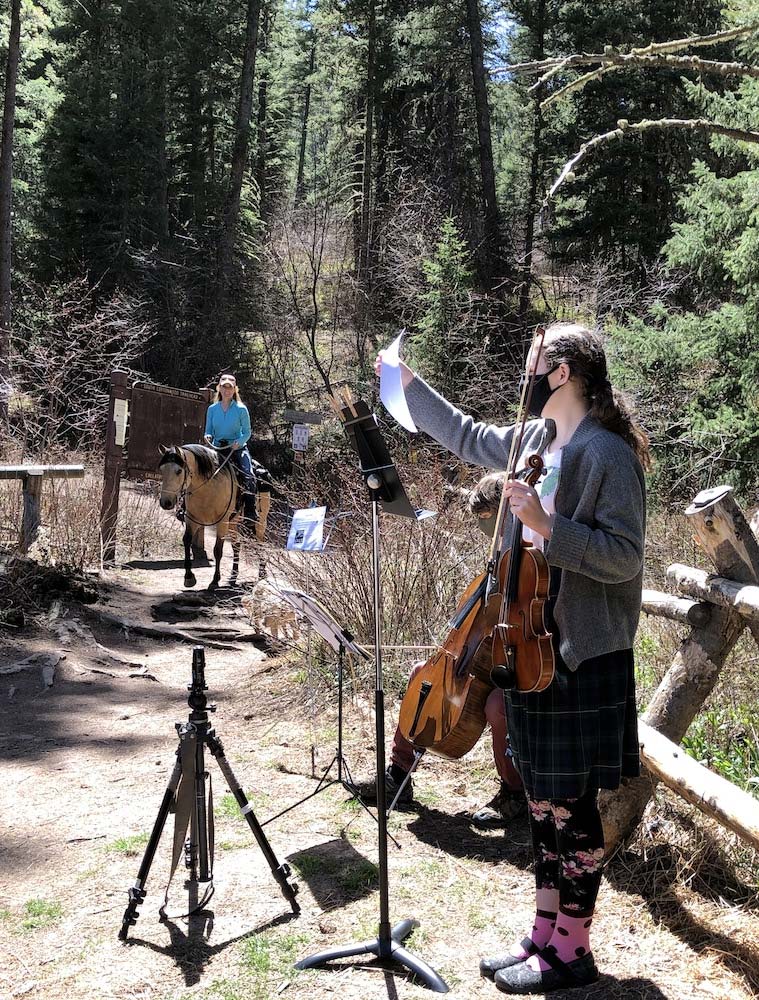 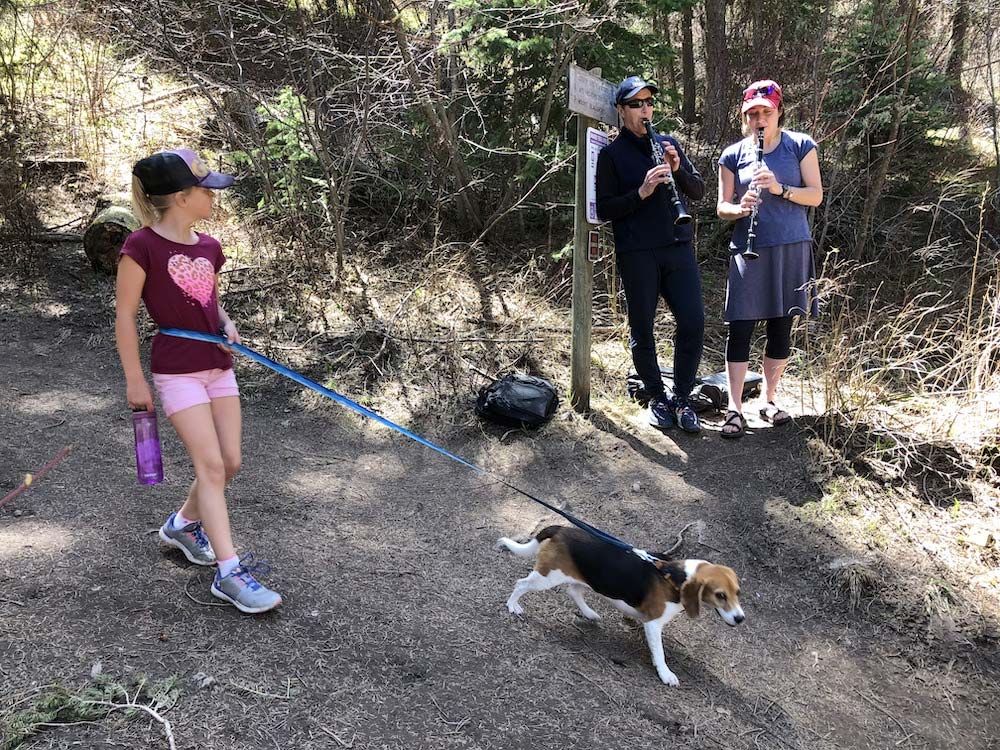 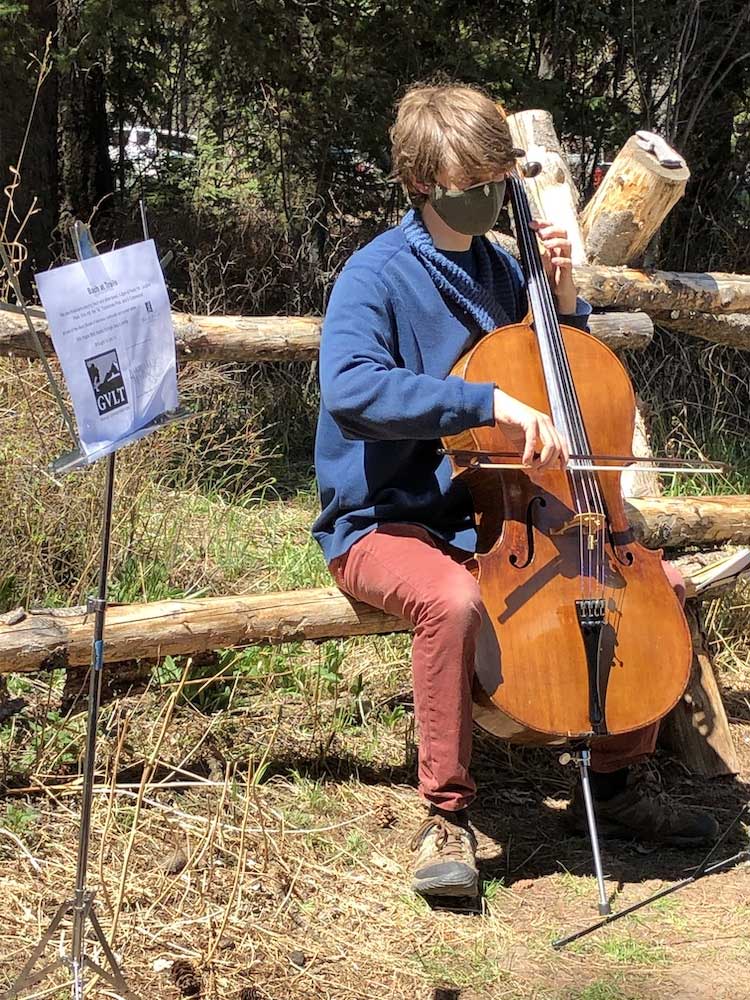 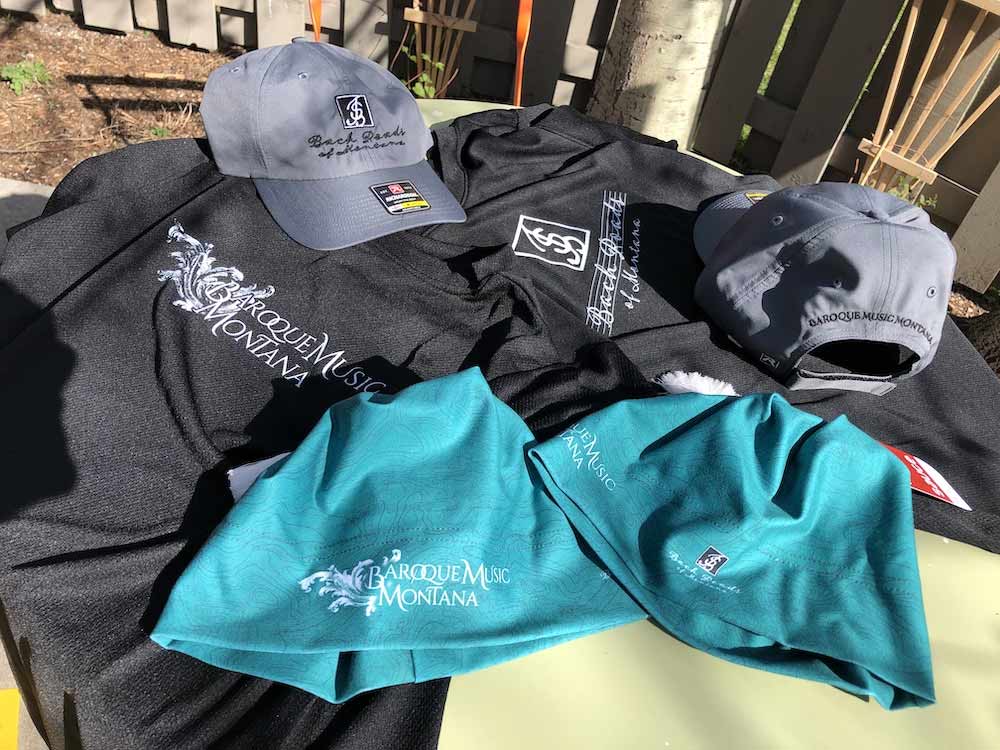 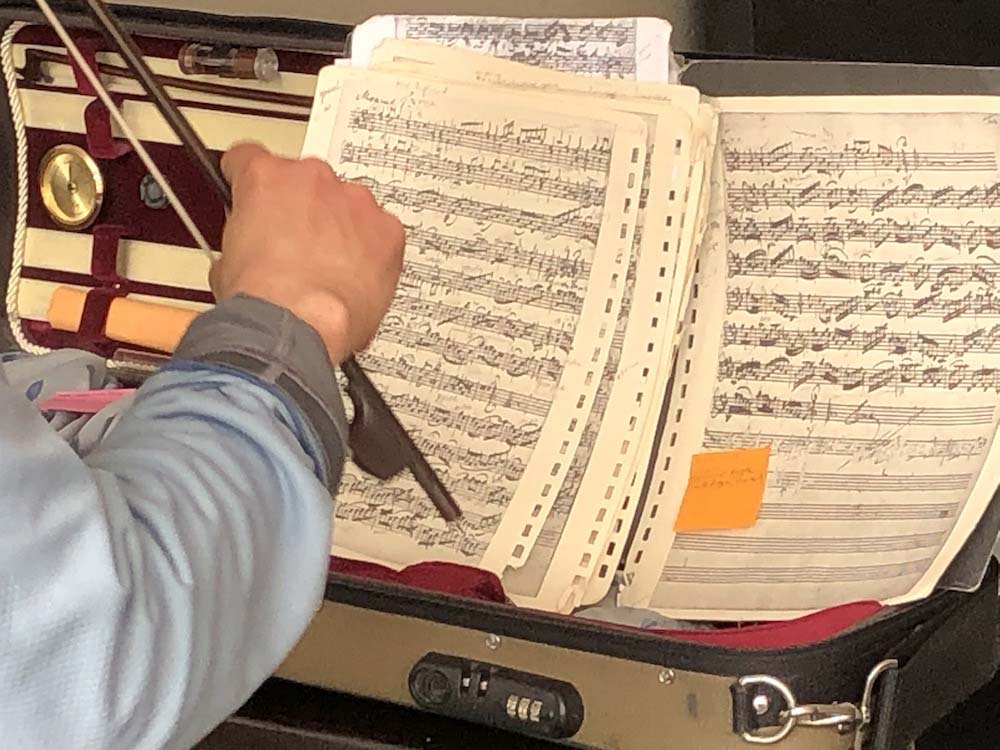 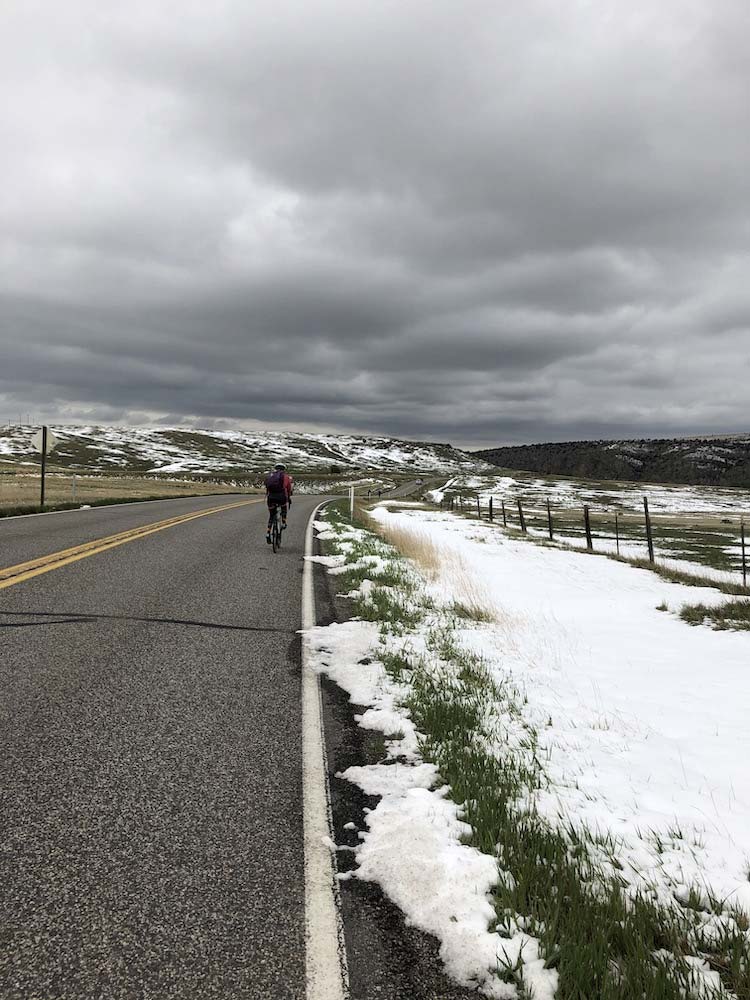 Bach Roads of Montana, a celebration of J.S. Bach, came to its magnificent conclusion on June 19, 2021, when Carrie Krause finished playing all his monumental Sonatas and Partitas for Solo Violin over the course of two concerts.

To prepare, Carrie played selections from the Sonatas and Partitas in eight historic churches, some more than a century old, within arm’s reach of Gallatin County, celebrating not only Bach’s music as well as Montana’s history. These distinctive, rural churches have been restored and cared for, and each provided different acoustical spaces for Carrie to explore and express Bach’s music. Hosts of the Historic Churches Tour generously shared their church’s and community’s history. For the deeply Lutheran Bach, it was a highlight to play at the oldest Lutheran church in Montana, in Lennup.  Thank you to the communities of Basin, Canton (Townsend), Lennep (Martinsdale), Laurin, Virginia City, Jeffers, Emigrant, and Manhattan!

Kicking off Bach Roads on May 15 were nine of Carrie’s Suzuki violin students, who marched while playing the Suzuki violin pieces of Bach from Cooper Park to Canterbury Park on a warm Saturday, parents and zooming siblings in tow. They joined Bach on Main, already in progress in downtown Bozeman.  Musicians of all ages were stationed on the sidewalk, serenading passers-by with Bach and related music of their choosing. Thank you, Downtown Bozeman Association for collaborating!

The next day, Sunday, musicians convened at local 6 trailheads across Gallatin Valley for Bach at Trails and played for hikers and their companion animals, all out to enjoy the spectacular scenery, on yet another beautiful day in Bozeman. Thank you, GVLT!

The logo for Bach Roads of Montana was created by graphic artist Matt Cameron. We were so excited about it, we put it on hats and t-shirts, and sold merchandise for the first time.  Thank you, Sauce, for the custom hats!

Montana weather is fickle, and Biking for Bach felt its brunt. The first day of riding was postponed due to rain.  One the second, three riders, one of them Carrie, took off along snow-lined country roads from Churchill to Three Forks. They were joined by several others during a stop in Manhattan.  Carrie played Bach at each stop amid snow in Churchill, a bridal shower at a coffeeshop in Manhattan, and on main street in Three Forks. The ride rescheduled from the first day left from Gallatin Gateway on June 5 with lunch and tunes on the lawn at MAP Brewing and ended at Lewis and Clark Park in Belgrade.  Thank you, Gallatin Valley Bicycle Club, MAP, the Ironhorse Cafe, and Camp Creek Coffee Bar!

The Bach-side of the Sonatas & Partitas, held at a Triple Tree home, prepared audiences for the final concerts, where Carrie explained the pieces and gave a musical taste of what was to come.  Thank you, Mike & Sharon Beehler and Signe & Don Farris!

There was even a Baroque Soak at Yellowstone Hot Springs.  Most of these performances and events were captured on film and video for future use. Thank you, Thomas Thomas and the Bozeman Arts-Live crew!

A month after the parade of young violin students ushered in Bach Roads of Montana, three of Carrie’s dreams were realized. The first was to perform all of the Sonatas and Partitas—the culmination of a lifetime of preparation and months of practice leading up to the performances.  A second was to find her dream violin, which she finally did.  Her new violin, a stunning 1740 Mayr, made its debut during Bach Roads.  The third was to perform in an art gallery.  Mission accomplished.  The Complete Sonatas & Partitas were performed over two evenings, at Old Main Art Gallery, where locally-crafted wine was served, and at Resurrection Catholic Church.  Thank you, Old Main Gallery and Blend! 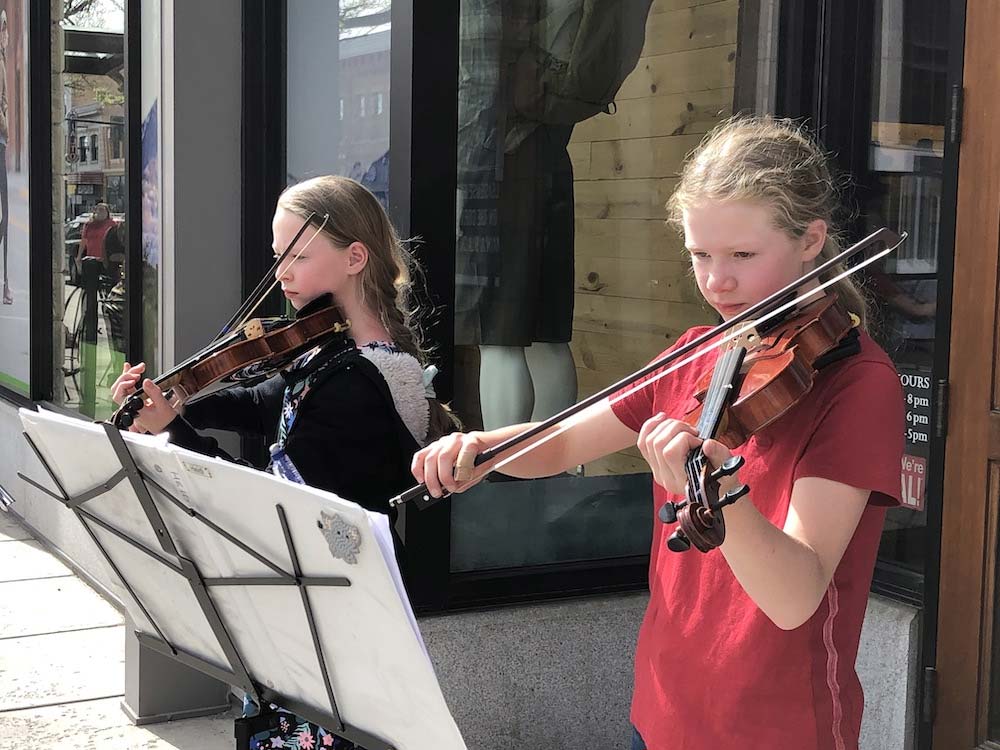 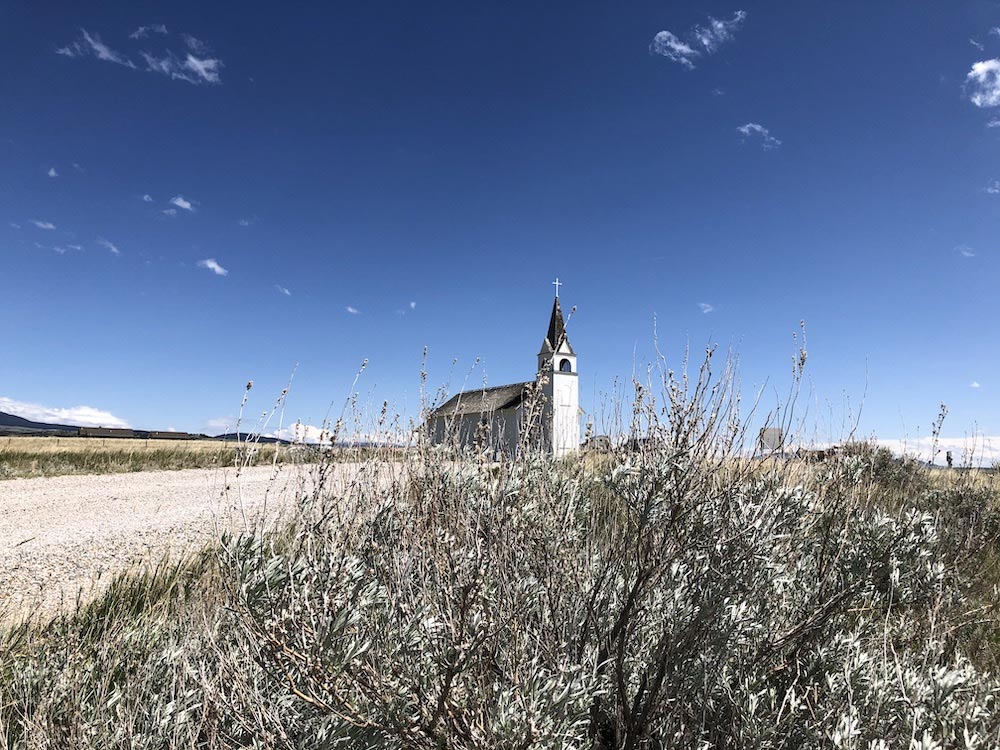 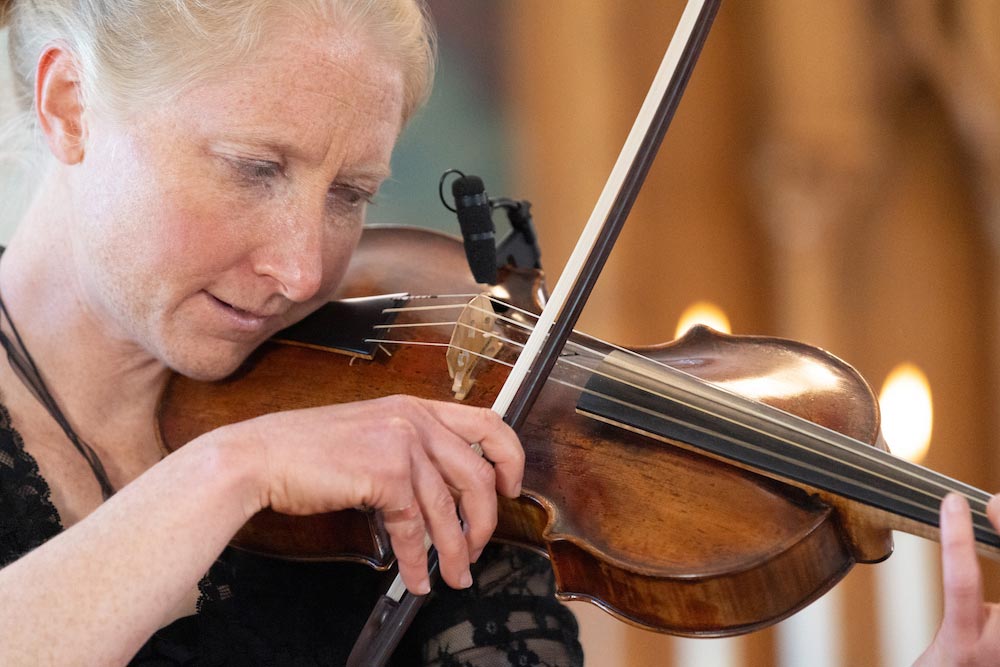 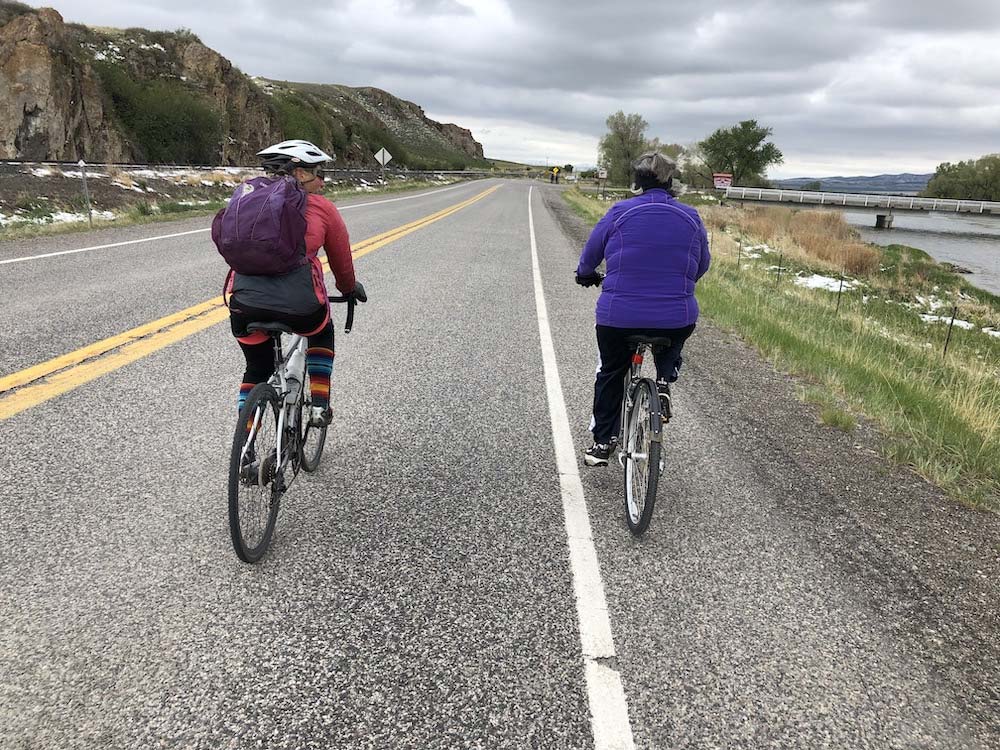 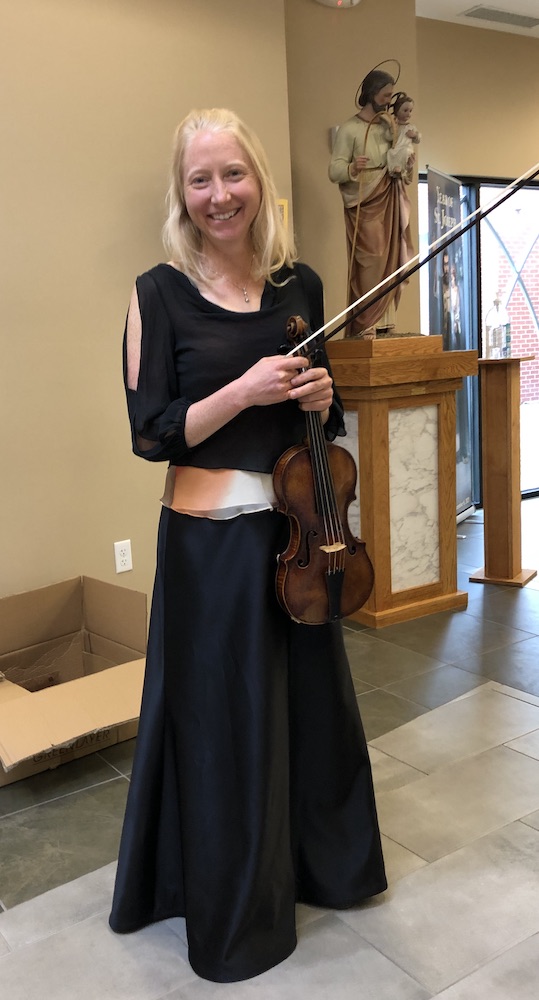