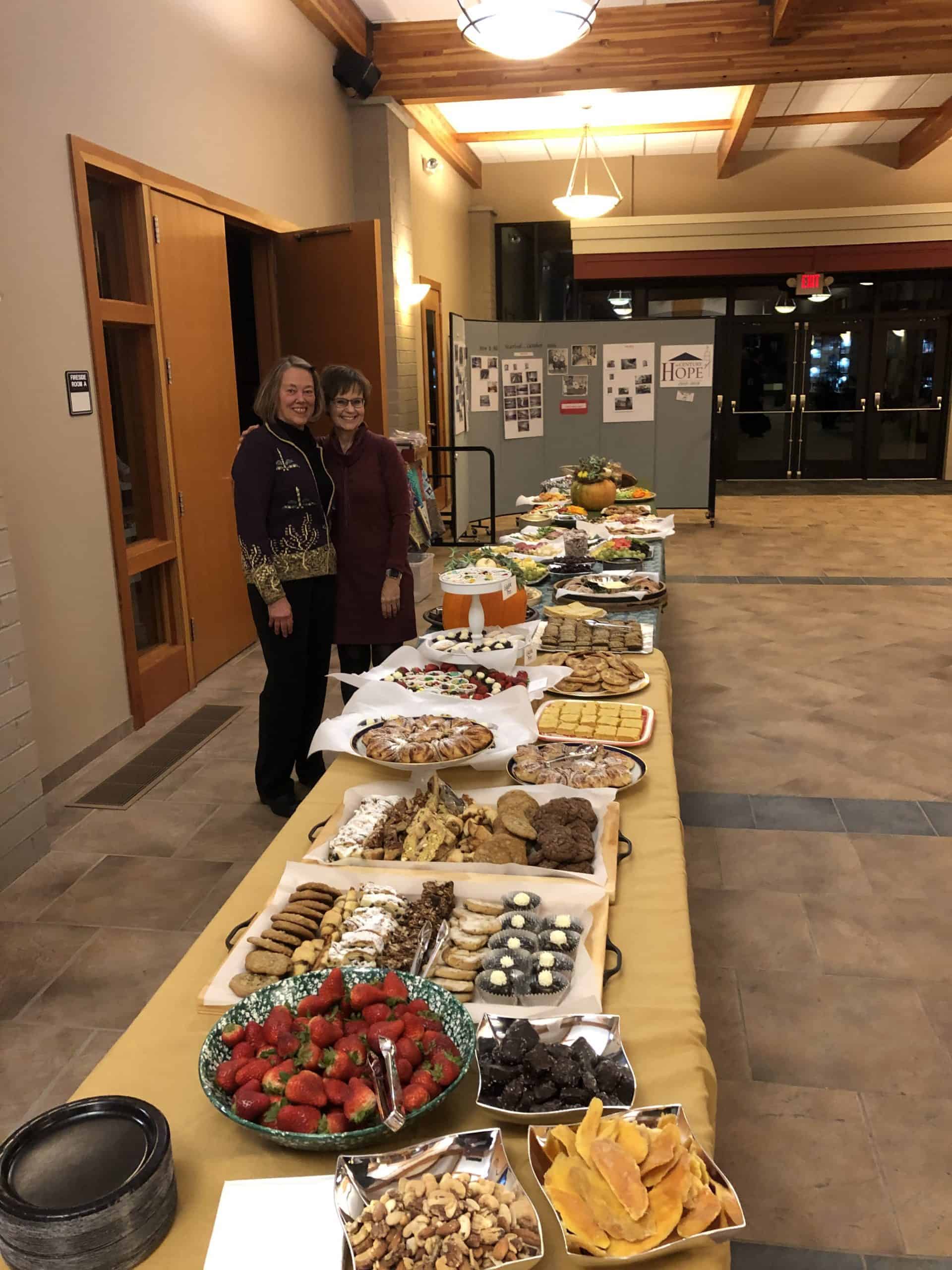 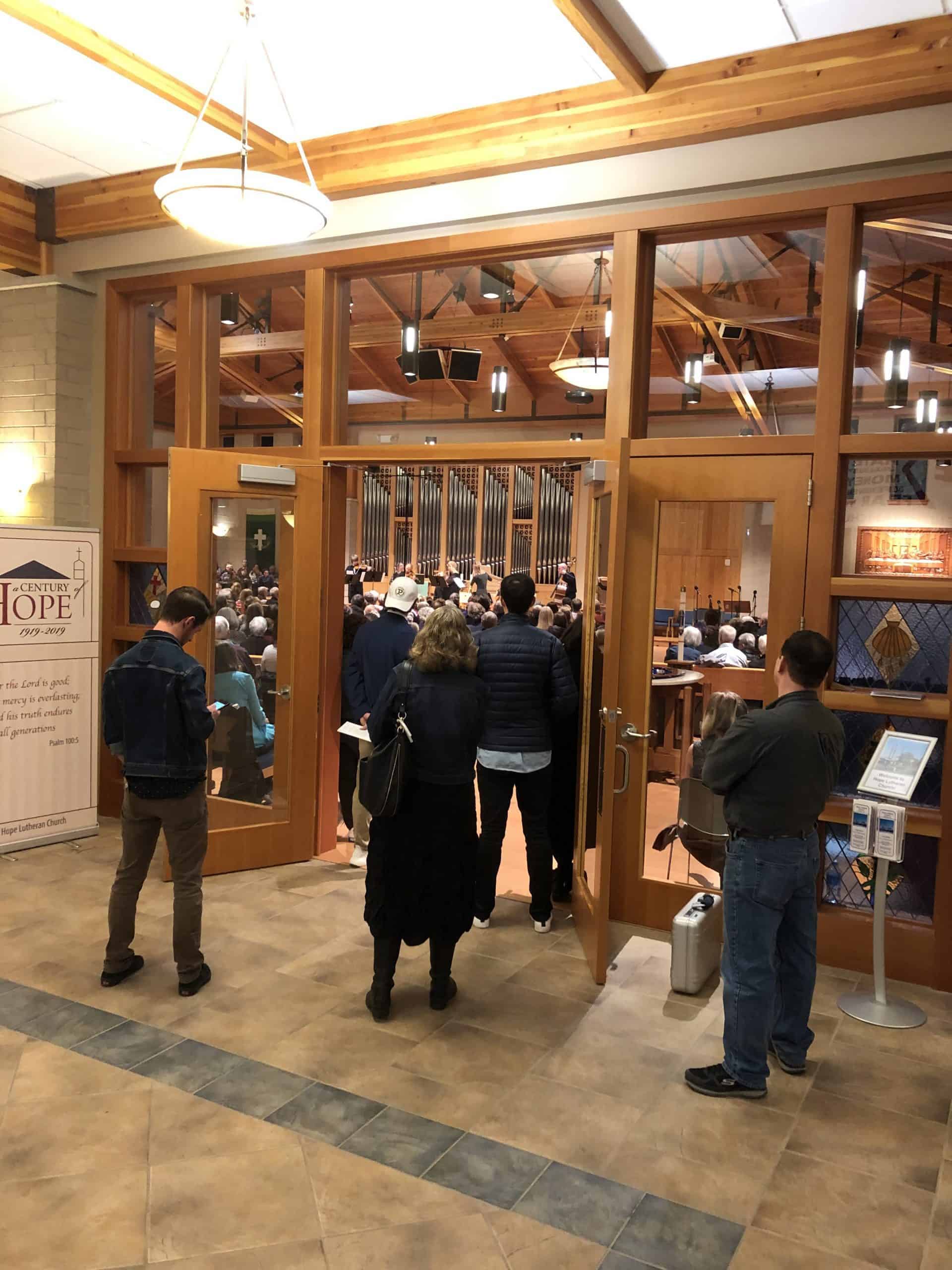 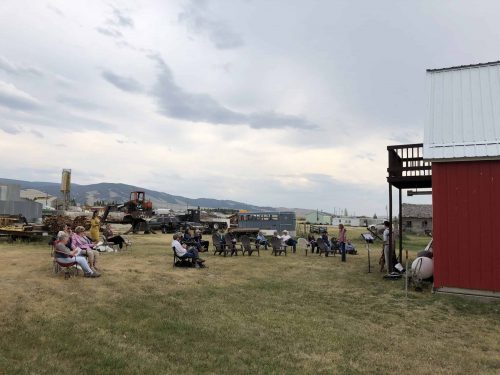 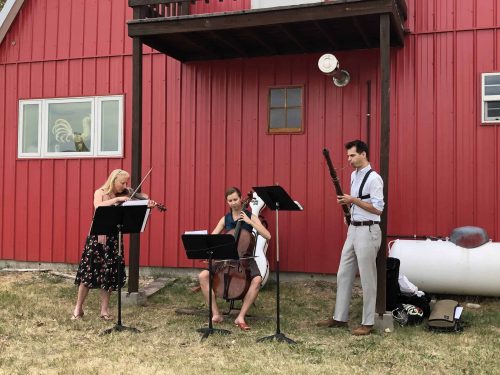 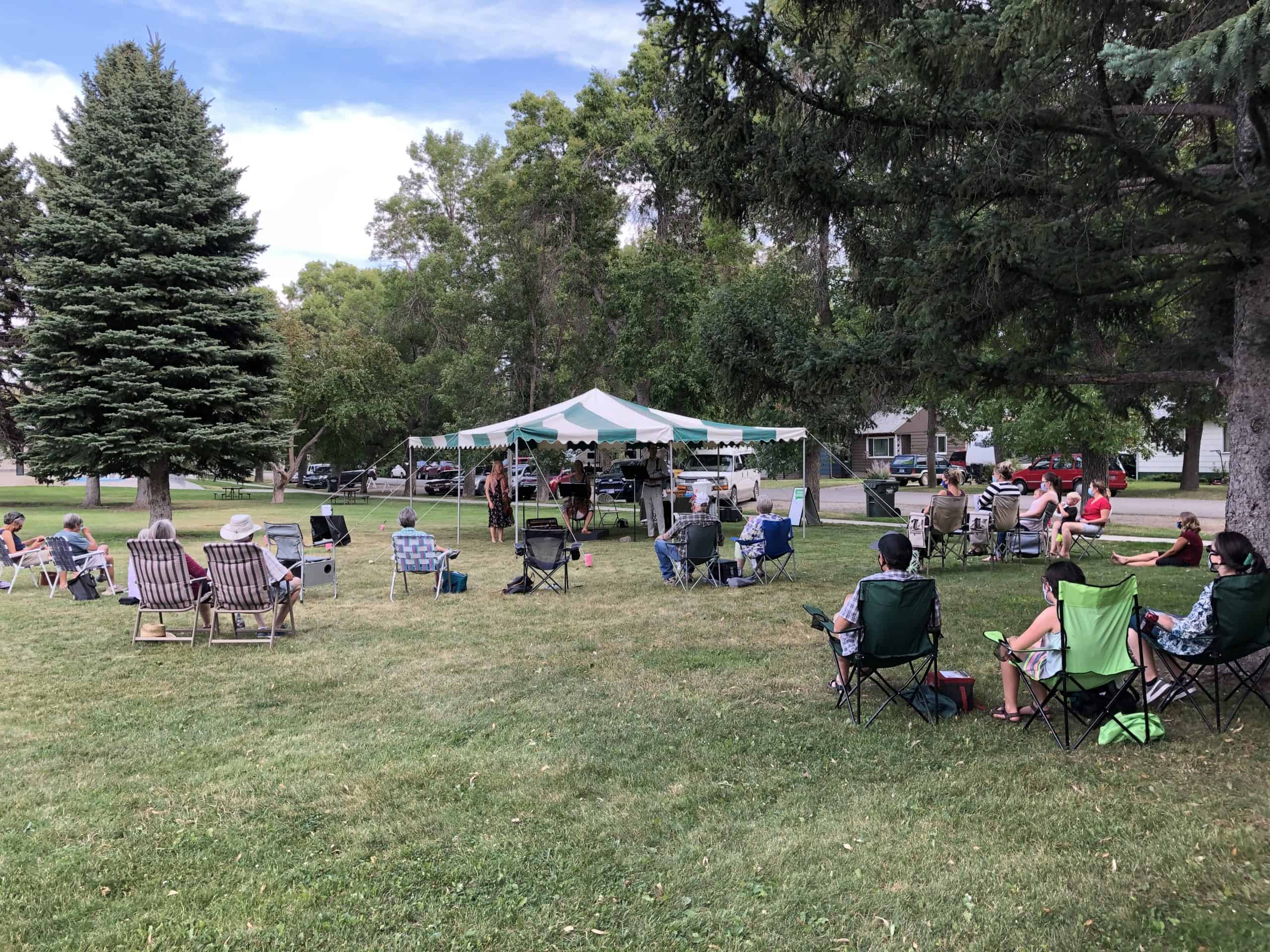 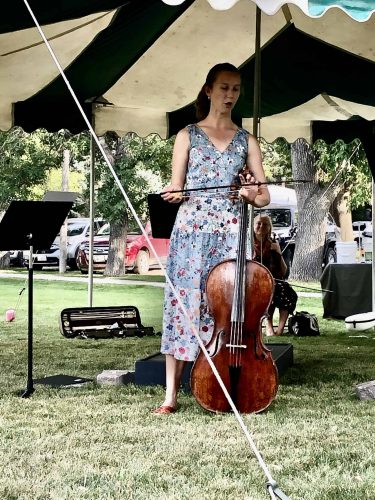 We found a way!

Our 2019-20 Season started out with a bang as a distinguished group of local musicians dazzled a packed house of over 400 at Hope Lutheran Church by playing the entire Brandenburg Concertos in one night. These six monumental concertos, written almost 300 years ago, are perhaps Bach’s most popular work yet they are rarely performed in one go, let alone in Montana. Audience members were abuzz during the well-appointed reception, organized by Annette Carson, held during intermission. We were overwhelmed by the attendance and by the enthusiasm and gratitude expressed during the final applause. (And if you missed this stunning performance or want to relive it, you can purchase the recording on CD/download here.)

The momentum from the Brandenburgs carried us to our next concert, as we welcomed 2021 with The German Theatre in January. Musicians from London, Vancouver, and New York City joined Carrie Krause in early Romantic string quartets written for theatre ensemble, capped with Schubert’s suave “Rosamunde.” The sold-out concert was held in the warm and intimate setting of the Cikan house in Bozeman as well via the friendly doors of the Unitarian Church.

In early June, the decision was made to cancel our June and July concerts, and shortly thereafter, the remainder of our planned season. “This was admittedly painful,” wrote Carrie to our ticket holders, “as our musicians so love to come to this beautiful place with amazing audiences, frequently saying it’s the highlight of their musical year.”

Thankfully, some of these programs have been rescheduled.  Countertenor extraordinaire Reggie Mobley will bring us Bach and Handel in July 2021, and our recording session for the PBS Show 11th and Grant, with Eric Funk was also rescheduled for that month. Royal Consort series, which was to feature no less than two violas da gambas, joining two violins and theorbo, has been rescheduled for June 2022.

In the face of hundreds of cancelled air miles and concerts across the nation, our audience communities and BaMM managed to succesfully present distanced performers in outdoor and large spaces and to continue our mission to bring top Baroque musicians and exciting repertoire to Montana audiences.

In July, cellist Julia Slovarp joined Carrie in series of concerts called Shades of War. Pieces performed by the duo included culturally serious and ethnically evocative works by Ravel, Kodaly, and Gliere, and they took this show to six backyards for appreciative audiences in the Bozeman area and in Helena. Many expressed their gratitude in being able to enjoy live music in the company of others, in some cases for the first time in months.

The I-90 Collective and other professionals come to Bozeman every August to teach in the annual Baroque workshop for aspiring and professional musicians, and the multi-day workshop concludes with a concert for the public that showcases the teachers and participants. Instead of having to cancel, we are so grateful that two Portland musicians were able to make the trip to Bozeman to join Carrie and more than 20 students to teach Baroque musical performance and share their knowledge of its history. The two faculty that joined Carrie were Nate Helgesen on baroque bassoon and Annabeth Shirley on baroque cello.  The concluding concert was held on the porch and lawn of the Campeau house.

Thanks to Nate’s fearless arranging skill and creativity, he was able to put together a program called Più con Meno, adapting pieces composed for other instruments to these three—violin, bassoon, and cello—that we could take on the road.

Più con Meno means More with Less, and with a nod to Montana Shakespeare in the Parks, the trio performed in outdoor venues in the small towns of Shepherd, White Sulphur Springs, and Columbus. They also performed in unique spaces, like the Yellowstone Hot Springs in Gardiner and the Tinworks contemporary art space on the north side of Bozeman. Their performance at the WMPAC in Big Sky was broadcast online. And they performed on Carrie’s newly finished deck on the back side of her house, up in the foothills of the Hyalite mountains in Bozeman, with stadium seating in the grass and on stone terraces overlooking the stage.

The Tinworks was an unusual and compelling setting for Più con Meno, and the combination of light and sound created by the artists—musical and visual—was magical, as the musicians performed in and around art installations. In one space, they even improvised with the sounds produced in an art installation composed by Jason Bolte and devoted to Albert Einstein, before segueing into Vivaldi. Organized by Thomas Thomas, musician and the man behind Bozeman Arts Live!, audience members were escorted to several locations, indoors and out, to experience the various pieces. This morning performance included a reception of cinnamon rolls, made by Katie Dahlin (a piano student of Ken Christensen), and coffee from Treeline.

The 2019-20 season was memorable not only for its outstanding music but for its wonderful and dedicated audiences, who showed how important live music is to their communities. And BaMM was able to find a way to keep it going. Now plans are underway for an exciting new season, with close attention continuing to be paid to the course of Covid-19. We remain deeply committed to produce “chamber music inspired by history” for everyone’s enjoyment. 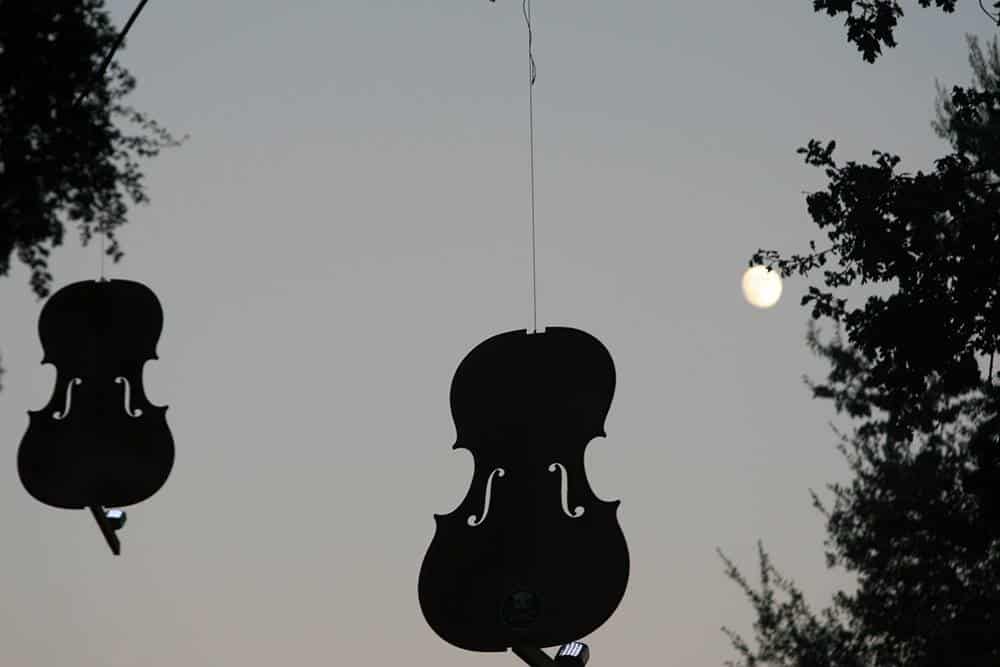 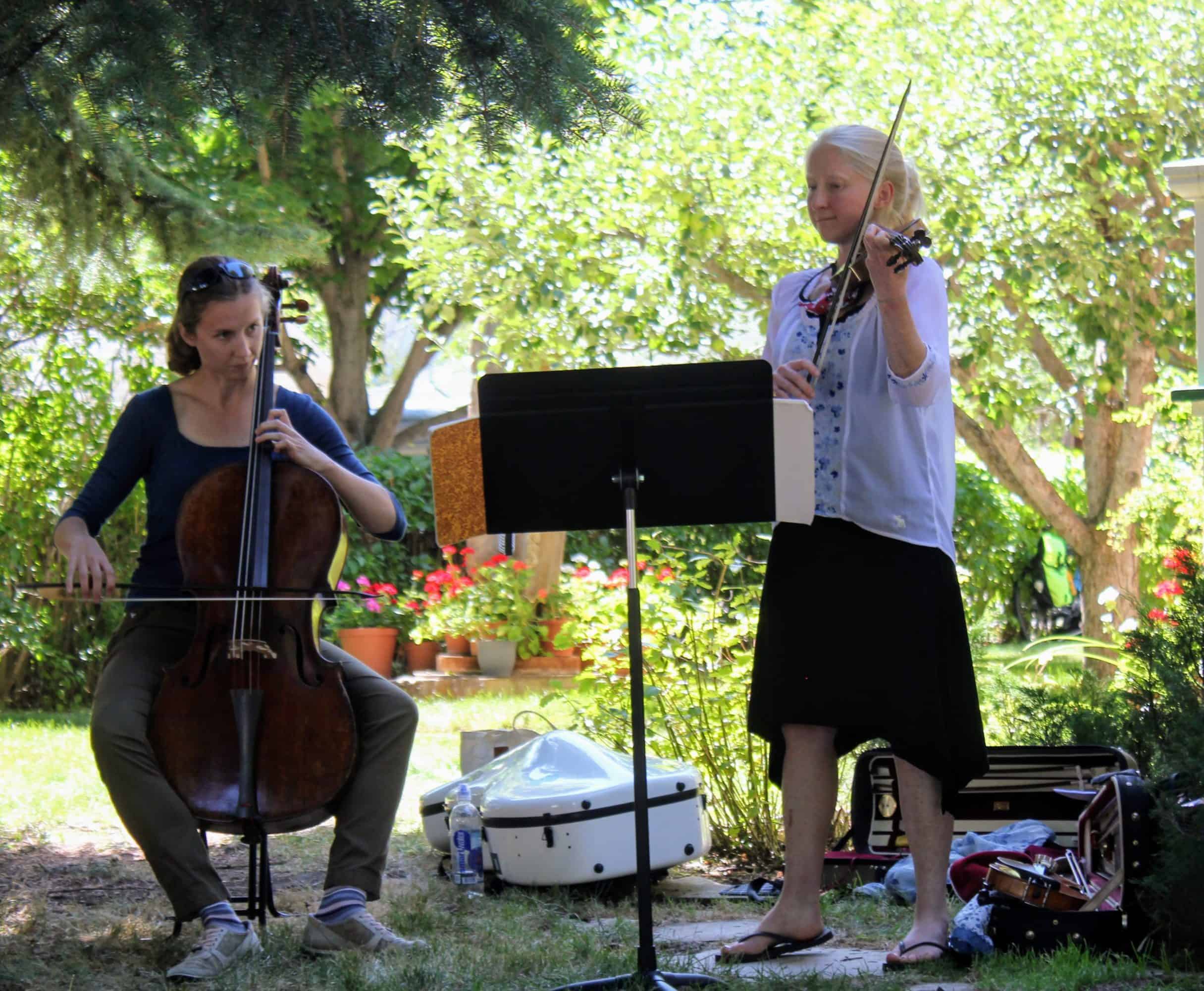 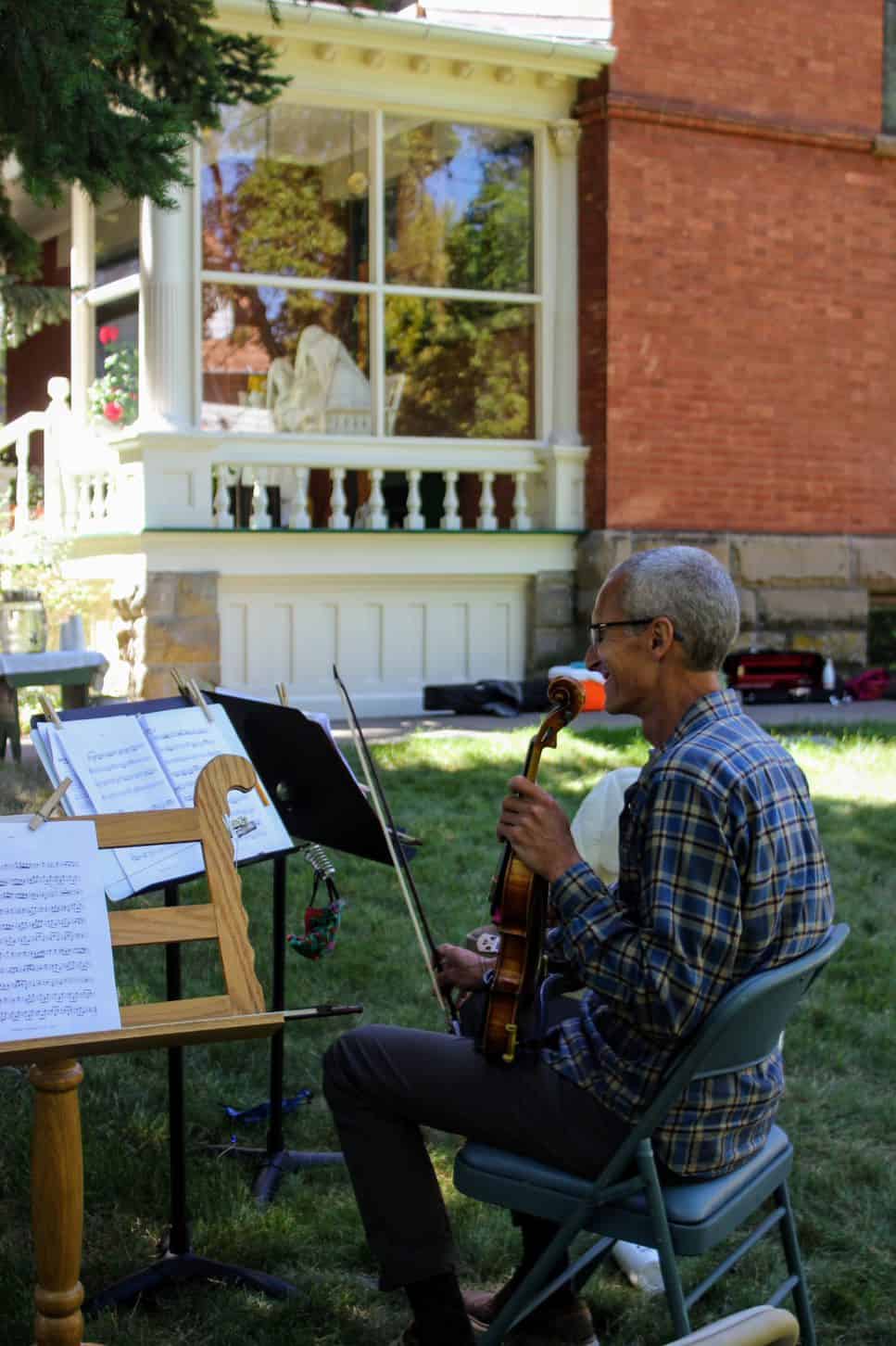 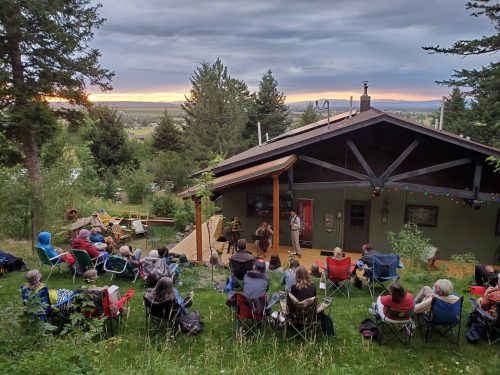 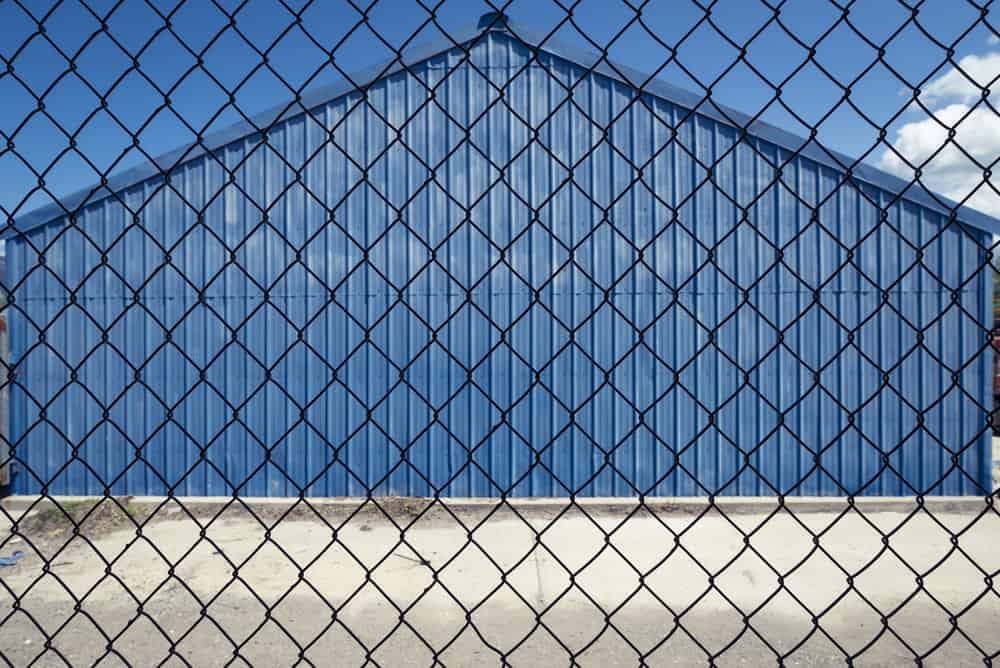 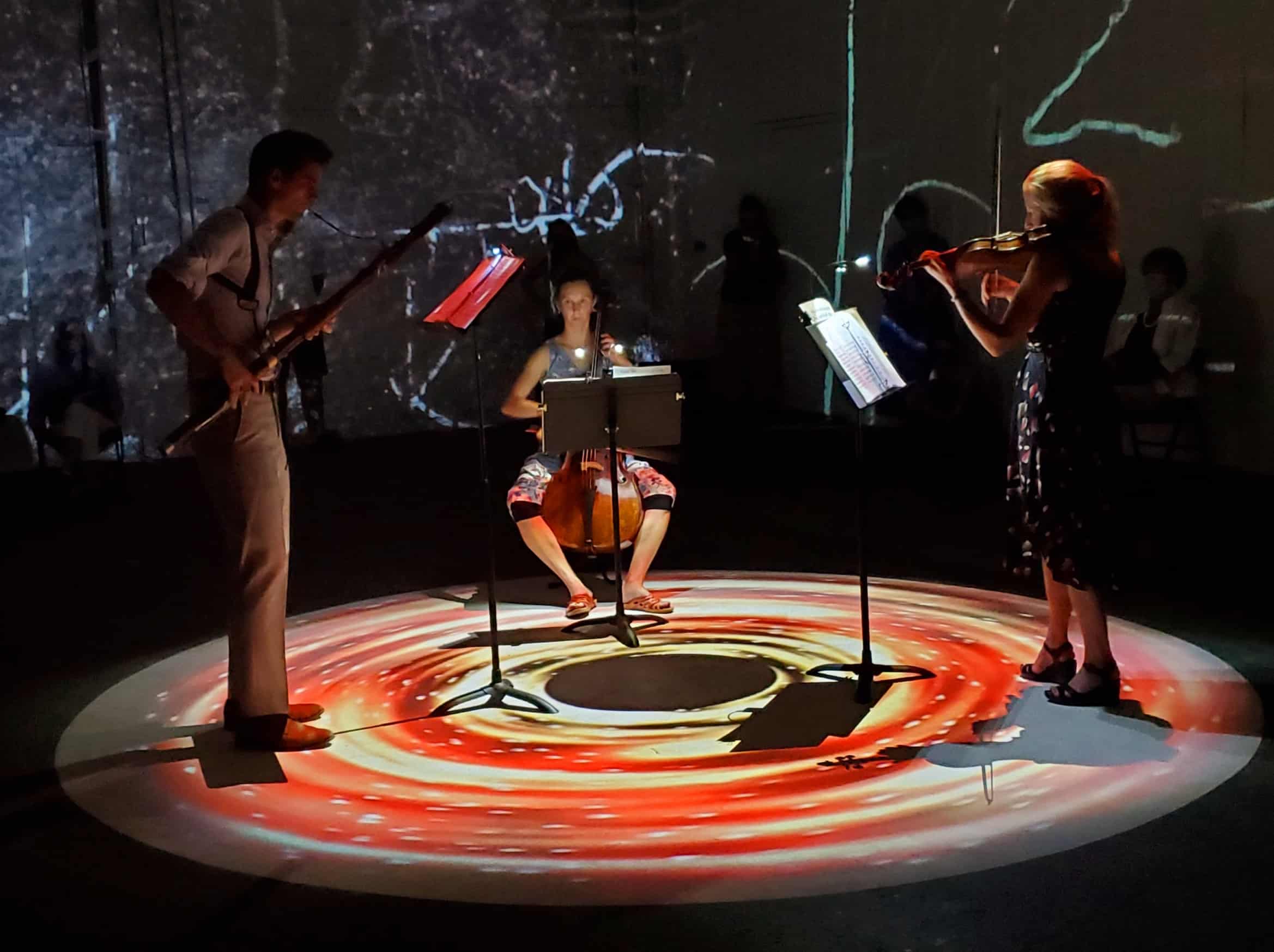