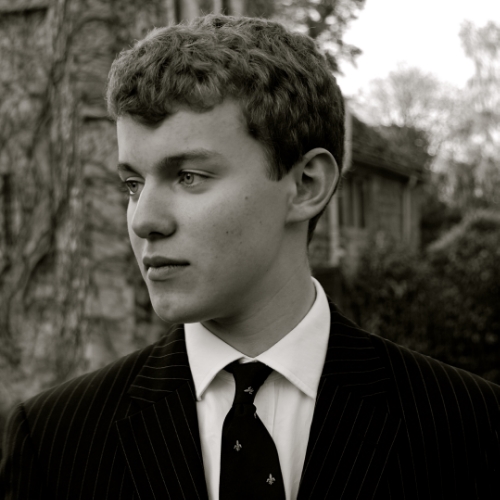 Benedict Williams began his training as a chorister at King’s College Cambridge and graduated from the University of York with a First Class Degree. He is currently studying harpsichord and continuo at the Royal Academy of Music.

As a keyboard player he has performed in both the UK, Europe, North & South America. Whilst at the Royal Academy he was awarded first prize in the Nancy Nuttall Early Chamber Music Prize and has worked regularly with some of the leading performers in Historical Performance including Ton Koopman, Rachel Podger, Margaret Faultless, Laurence Cummings and Jane Glover. A major interest of his is continuo playing and accompanying. He has accompanied the recorder player Tabea Debus for the International Telemann Competition in Magdeburg, finalists in the London Bach Society Singer’s Prize and played in performances ranging from Monteverdi’s 1610 Vespers to Handel’s Acis & Galatea, and Mozart’s Don Giovanni, and Die Zauberflöte.

He has also played harpsichord & fortepiano continuo for the OAE Experience scheme, with performances at the Union Chapel, Kings Place, Bach Cantatas in Clare College, Cambridge, and most recently for their collaboration with Ryedale Festival Opera & Eamonn Dougan, performing Mozart’s La Finta Giardiniera. As a solo keyboard player he has performed the W F Bach F minor harpsichord concerto in the UK & United States, and Vivaldi’s Double Concerto for Violin & Organ with Rachel Podger at the Brecon Baroque Festival.

At York he founded The Helios Ensemble and was assistant director for ‘The 24’, directed by Robert Hollingworth. Benedict is equally at home singing. He has played the title role of Le Nozze di Figaro, was a member of Genesis Sixteen run by Harry Christophers and has recorded with I Fagiolini.